3 Gratitude Rituals For Joy And Wonderment Did you know that it’s almost impossible to be upset and grateful at the same time? It’s one of those universal truths that is easy to prove – just try it yourself. Being thankful flips a switch inside of you that clears out any negative feelings you were experiencing a few moments before. “Gratitude can transform common days into thanksgivings, turn routine jobs into joy, and change ordinary opportunities into blessings.” —William Arthur Ward It may seem counterintuitive to feel ... [Read more...] 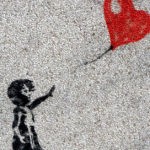 Sometimes the one thing that is slowly sabotaging our lives is right under our noses. When we feel “out of whack”, our monkey minds tend to blame someone or something outside of ourselves – the over demanding boss, the guy who cut you off in traffic, the child who refuses to listen, the unexpected tax bill… but in reality, it all comes down to us. Ready to hear something personal? A few months ago, I began to notice that I was becoming anxious throughout the day, unable to ... [Read more...]