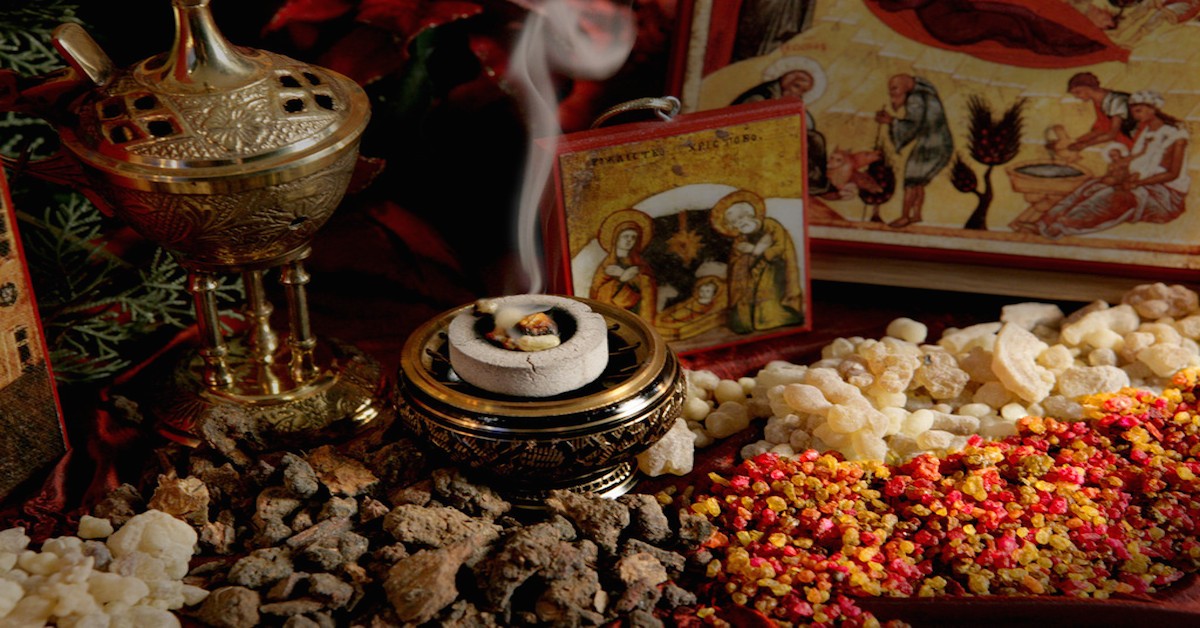 Christmas is almost here and the team and I have been busy unraveling some of the medical mysteries associated with this ancient midwinter tradition.

Tucked quietly into many of the world’s most celebrated holidays are hidden codes, sacred symbolism, and my personal favorite – valuable and often forgotten medicines. In certain cases, we have to dig a little in order to find the deeper wisdom in these annual celebrations, but not with Christmas. This one wears its healing jewels in plain sight, like ornaments on a tree.

Today, we’re going to visit the Three Wise Men, who famously paid a fateful visit to Jesus in the moments after his birth. Also known as “The Magi,” which is the root of the English word magician, the bible says that these distinguished foreigners came bearing three special gifts. One of the gifts was pure gold, but the other two may have been a far more valuable offering. These were the herbs frankincense and myrrh.

Yes, frankincense and myrrh are best known for their use as incense in religious rituals, but make no mistake, these revered herbs are potent medicines that have been used by healers throughout history to treat everything from serious infection to hair loss. Let’s take a closer look at each one.

Dating back to Sumerian times, this fragrant resin was often transported via large caravans across the desert from eastern African and Arabian regions, including Yemen, Oman, Ethiopia and Somalia. Its use as a medicine most likely started with the ancient Egyptians who also charred it to make the famous black kohl eyeliner that adorned the faces of their noble women. Frankincense is central to almost every major religion from this region of the world, but its healing value often goes unmentioned in the history books.

For starters, frankincense oil has been used for millennia to help balance out the emotions and achieve a happier, more connected life. Modern science tells us that frankincense is rich in compounds known as sesquiterpenes, that have the ability to pass the blood-brain barrier and stimulate the region of our brain that controls our feelings.   One of the most common biomarkers of this plant, incensole acetate, is a known antidepressant that has shown very promising effects.

The oil is also extremely beneficial for the skin and hair. It can be applied topically to treat dry skin, smoothen wrinkles, and strengthen hair roots. After battle, it was often relied upon to disinfect wounds, sooth muscle pain and reduce swelling. Because of its known anti-inflammatory properties, frankincense oil is often prescribed by naturopaths to treat patients who are suffering from rheumatoid arthritis.

Like frankincense, myrrh is native to Northern Africa and the Middle East, including Ethiopia and Yemen. This revered plant resin actually appears in one of the oldest Egyptian medical texts, Ebers Papyrus, which dates back to 1550 B.C.! This is a clear testament to how popular it was among ancient cultures for its curative effects. But why?

Beyond its use as a fragrance and for embalming purposes, early civilizations saw that it possessed quite a few healing properties. The Egyptians bought boatloads of it from the Phoenicians for use in skin salves that were applied to wounds, sores and burns. By this time, early doctors had already recognized myrrh’s antiseptic, anti-inflammatory, and analgesic effects, and it was prescribed for a wide array of physical ailments, including: cough, asthma, indigestion, rashes and scrapes, burns, skin infection, hemorrhoids, joint pain, and sore throat.

It was also used as a rejuvenating facial and massage treatment for women.

Both of these sacred substances have endured quite a journey over the past five millennia. They were even forbidden by certain religions for quite some time because of their association with pagan rituals – but it’s hard to keep a good medicine under wraps. Frankincense and myrrh are now celebrated worldwide for their religious significance, but it is up to us to spread the word about their extreme healing potential and put them to good use!

If you are feeling adventurous and would like to create your own healing balm from these two timeless herbs, we have included a recipe below!

How to make your own skin balm with frankincense and myrrh:

To make this recipe, you will need either a slow cooker or double boiler.  If you don’t have either, you can fashion yourself a makeshift double boiler using a metal or glass mixing bowl and slightly smaller pot filled with a bit of water.

• Construct your double boiler or slow cooker and bring to the appropriate low heat.

• Add the olive oil and allow to come to temperature.  About 7 minutes.

• Add the beeswax, stirring until dissolved.

• Pour into storage containers.  Leave the lids off until fully cool.

Once you allow this fragrant oil to cool for about 20 to 30 minutes, it will firm up into a nicely textured balm that you can apply directly to the skin.

A Beginner’s Guide to Medicinal Mushrooms
Nervine Herbs 101: Your Simple Guide
A Healing Soup To Warm Your Soul
6 Mighty Mushrooms For Immune Health