Home » Shamans Among Us 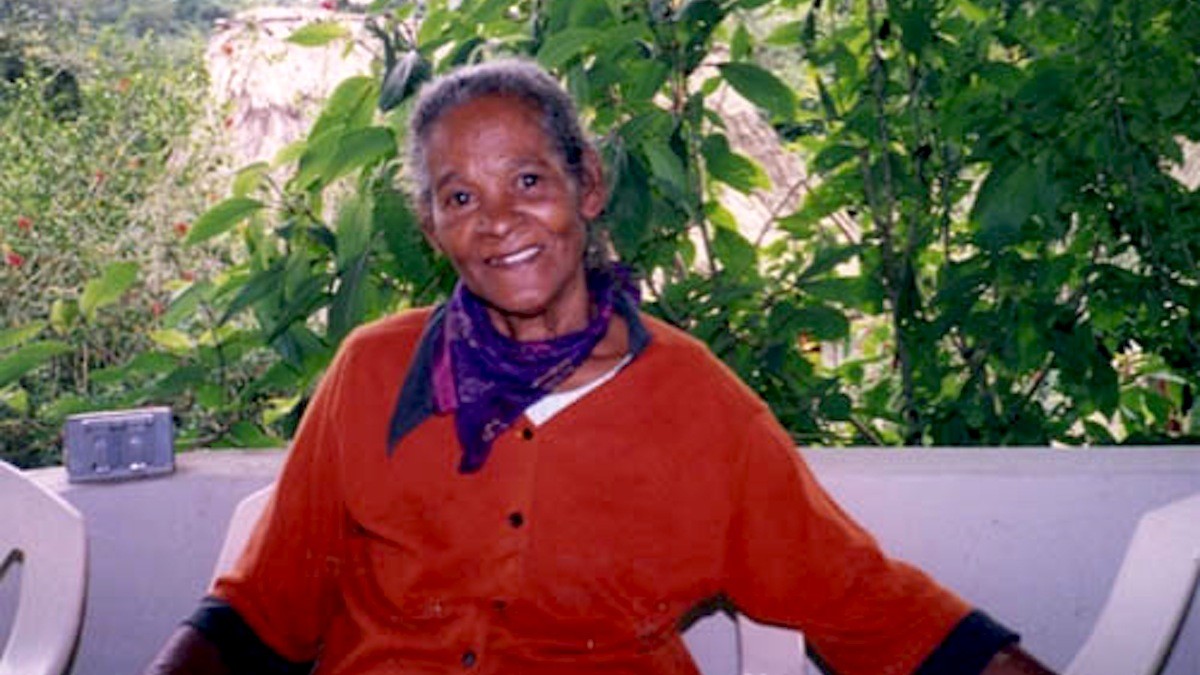 When I say the word “shaman”, what imagery immediately comes to mind? Is it a male or female? Old or young? What nationality?

There is an interesting phenomenon that most experienced ethnobotanists and anthropologists are well aware of, and it’s this: most shamans don’t like to attract much attention to themselves. They tend to dress and act exactly like the rest of the community. Only family, friends, and local villagers who at one time needed their services are usually in on the secret.

A few months ago, my colleague Shannon and I had the great honor of meeting with well-known ethnobotanist, Dr. Rosita Arvigo down in Central America. She shared some poignant plant wisdom with us (which we will be sharing with you in the coming months), but the biggest teaching I received that day came from a story about a legendary midwife that Dr. Arvigo befriended decades ago in Belize.

This woman was Ms. Hortense Robinson, known by locals as “mil secretos”, or a thousand secrets.

Born on the Island of Cozumel, which happens to be the mythical sanctuary of the Maya moon goddess of medicine and midwifery, Ixchel, Hortense came from a long line of midwives, her mother and grandmother included. When she was thirteen she had to be hospitalized after a severe asthma attack and it was here that the legend of Ms. Hortense began.

One afternoon during her stay at the hospital, a group of chicleros (gum factory workers) raced into the room with a pregnant woman on a stretcher. She was in the middle of hard labor and there were no doctors or nurses in sight, only little Hortense. Desperate, the woman on the stretcher yelled to Hortense, “Come here, child, and catch this baby!”

Instinctively, young Hortense knelt down knowing exactly what to do, guided the little baby’s head out of the birth canal, and caught the little one as it came out. She did exactly what she had watched her mother and grandmother do many times and massaged the belly until the placenta came out. Next, she removed her hospital gown and used it to wrap the baby and placenta up snug, then sat down to wait for the doctor.

The nurses frantically rushed into the room, saw what had occurred, and pleaded with Hortense to not tell the doctors what had just happened. Forgetting that she was a child, they handed her her first cigarette. For some, adulthood starts well before age 18.

Thus began a life of perhaps the most important work there is, delivering babies into the world. Not only that, Ms. Hortense had 8 children of her own AND adopted 14 unwanted babies, raising them all to adulthood!

In Dr. Arvigo’s words, “If she delivered a baby that a woman didn’t want, Hortense wrapped it up, put it in the crib, and took care of it. Sent them all to school. So she raised 22 kids, most of the time as a single mother.”

That was just a peek into the depths of Ms. Hortense.

According to Dr. Arvigo, everywhere they went together, someone would say, “That’s Ms. Hortense and she delivered me!”, or “She delivered all of my babies!”. But what most didn’t know is that Ms. Hortense was also a female shaman.

Rosita told us a story that gives me goosebumps as I write this:

“Hortense was a female shaman. She had such a connection with animals. All the time that she was staying with me, animals, and birds, and creatures that I never see would come up on the porch and just walk in front of you. Armadillos, all kinds of animals.

Hortense was with me one winter for about four months. She was sleeping in the downstairs bedroom and I was in the upstairs bedroom. One morning I heard a strange noise. It sounded like something scratching. So I got up out of bed and I looked down to the first floor veranda and there’s a jaguar walking across the downstairs porch.

And off it goes, over my deck and jumps into the bush. When Hortense got up , I said, ‘Hortense, you won’t believe it! I saw a jaguar this morning and it was right on the porch by your bedroom!’

She said, ‘SHHH! Don’t you dare say a word. That jaguar comes every night to sleep.’ She said, ‘You didn’t notice that it’s injured?’

And I said, ‘Yeah, as a matter of fact it was limping. It was kind of walking on three legs.’ And she said, ‘That jaguar knows this is a safe place and it comes every night for protection and as soon as dawn comes, off it goes. And it will be there until that leg is healed, so don’t you dare tell a soul.'”

Rosita said that she saw that jaguar about 10 more times. If you were careful, you could get up in the early morning and as soon as the sun came up, off it went.

One night, Rosita asked her if she could sleep with her and wait for the jaguar to come. And it did. Almost exactly at 10 o’clock at night. The animal came limping in and it layed down. The door was open, but there was a screen door. In bed she could see the cat’s back. It was about 6 feet long. A big, big animal and all night long you could hear it breathing.

It was guarding, but was also there for its own healing. It felt safe because of Hortense. It was there because she was there.”

In addition to her gifts as a midwife, Ms. Hortense had an innate connection with the natural and spiritual world. Her knowledge of medicinal plants, home remedies, and spiritual healing was enough to fill a library, and she had a lifetime of hands-on experience with patients, big and small. She healed thousands of sick people, using only traditional methods and prayer, and welcomed everyone into her home without prejudice.

According to Ms. Hortense, much of her knowledge came through dreams in which she was shown which herb to use for a particular patient and how to prepare it.

In a beautiful essay that Dr. Arvigo wrote to honor Ms. Hortense after her passing, she says:

“She had humility, and would never big-up herself – in her own words, ‘you could never be too humble.'”

She wore no special garb, had no elaborate ceremony or entourage of devotees. Ms. Hortense lived a life of loving service to others and revered nature like few others do. If you asked her if she was a shaman, she would probably smile to herself and tell you no.

Wisdom From The Women Of Standing Rock
Depression As Medicine
Do These Two Forces Exist Within You?
A Heart-Opening Technique For Deeper Intimacy